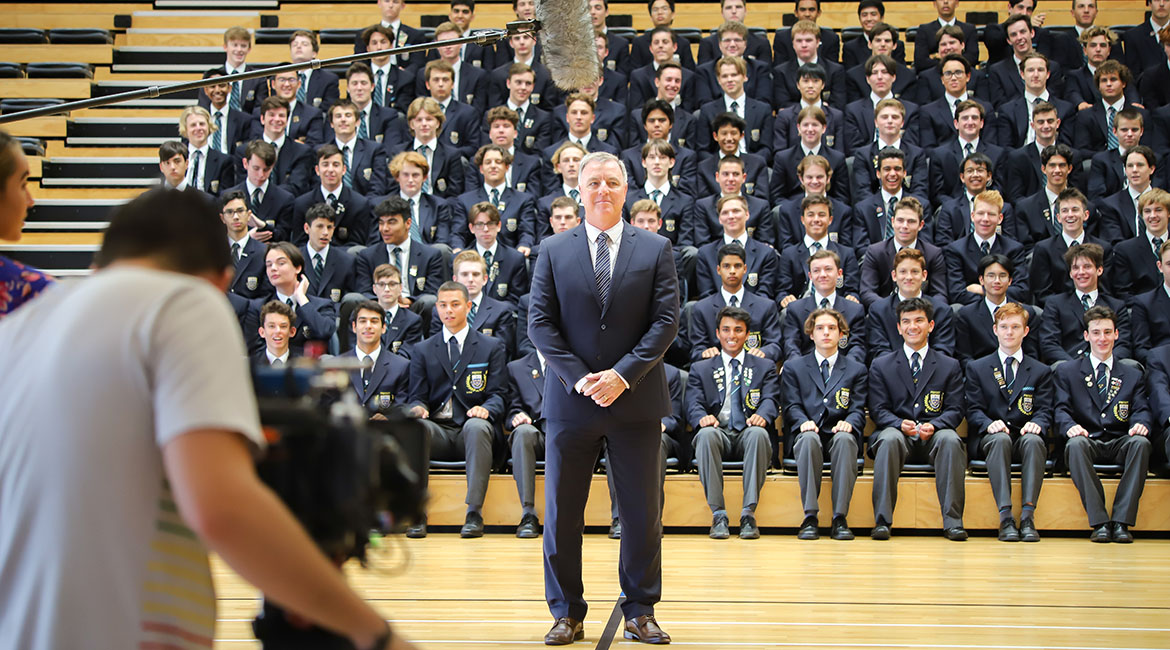 20 hours of shooting, 1000 students, 3 cameras, 1 drone, 35 pieces to camera, an original soundtrack and one awesome project! We were lucky enough to work on an amazing project right before the country went into lockdown. Trinity College were chasing an epic promo video to showcase the “TC Spirit”…. If you’re a Trinity old boy, staff member or current student definition needs no explanation.

Once the storyboard was approved, and we set out to spend 2 full days shooting at the college from dawn to dusk. From capturing the rowing squad at 6am to securing the entire college on the oval for a drone shot; the project was fast paced but oh so rewarding. 35 pieces to camera were recorded by various staff, students and old boys in different locations around campus. Everyone was a natural on camera, seeing as they were delivering lines and scripted pieces in relation to a topic close to the hearts of all Trinity-ians. The weather was stunning and made for perfect drone shots and epic sunrises.

One of the unique elements of this project was the soundtrack. The one of a kind soundtrack was composed by Tim Count at MDS studio in West Perth and was captured using the vocals of the college choir itself. One afternoon, we joined choir rehearsal at the college and recorded the entire vocal chorale, as well as soloists, performing the school’s anthem.  Then, Tim worked his magic to produce the emotive soundtrack. It’s pretty special.

The piece was well received across Trinity College’s social media platforms and was a timely reminder during the COVID pandemic to have a little faith in the TC Spirit and remember its power.

The TC Spirit is hard to put into words, but we think we did it justice with the end result!

Check out the video here